BACKGROUND:
The Camacho Cigar company was founded in 1961 by Simon Camacho, and was sold to the Davidoff Group in 2008.  Zino Davidoff was born into a family of tobacconists, then as an adult he took over his parent’s cigar store in Geneva Switzerland.  His store became a popular destination for wealthy, famous clients and the Davidoff name became synonymous with fine cigars. To keep his cigars at their peak of freshness for his clientele he devised a way to make a climate-controlled room. This ingenuity has transformed into the walk-in humidor that tobacconists utilize today. For the home, he invented a small humidified box called the humidor. Mr. Davidoff remained with the company until his death at the age of 84. The company is now independently owned by Oettinger Davidoff AG.

Camacho American Barrel-Aged, is the first in a new series by Camacho called the “Master Built Series”.  This is the first time that a Camacho cigar has not been produced in Honduras; it is manufactured

A few interesting facts from Wikipedia; “In 2010, after working for many years on a partnership with the Bayer Food Management program, Camacho Cigars is the only tobacco company in history to be in compliance with international standards which ensures the responsible management of natural resources, bio-friendly pesticides, industrial safety, and bio security”. If you are ‘going green’ this may be vital information for you.
“Camacho Cigars signed a three-year deal with the Orange Bowl and the NCAA for the 2012-2014 Orange Bowl games and the 2013 BCS National Championship. The sponsorship was pulled after several public health organizations raised concern, saying tobacco promotions have no place in sports and shouldn’t be allowed under federal tobacco marketing restriction.”

Wrapper: Connecticut Broadleaf
Binder: Connecticut Broadleaf
Filler: Dominican, Pennsylvania Maduro, Honduran Corojo, bourbon barrel-aged  corojo
Body: Medium-Full
Sizes: Gordo, Robusto, Toro
Blender: Elado Diaz, Davidoff
MSRP: $10.00
FLAVOR: A Beautiful Cigar Touches All Of My Senses, and the sensuous flavor of this cigar brings me pleasure every time I slowly pull down the wrapper and toast its foot.
The Camacho American Barrel-Aged boasts a combination of mostly American broadleaf tobacco. Incorporated into the blend is a Honduran Corojo filler leaf that’s aged for 6 years. The Corojo tobacco is then aged for 5 additional months in charred Kentucky bourbon barrels to provide a truly lustful flavor. The key to this blend is the flavor instilled by the barrel aging. Barrel aging is a laborious process; thousands of pounds of Corojo tobacco is rotated, one leaf at a time, in barrels every few weeks.
The barrel aged Corojo leaf amplifies the complexity and depth of the blend, contributing oaky flavors, and sweet bourbon aromas, creating a truly unique taste. The fierceness of this blend is almost erotic; like allowing yourself to thrust into an earth-shattering orgasm with the hot server that you have been secretly gazing upon at your favorite local bar.
Present are notes of charred wood, a slight undertone of bourbon and some Corojo sweetness. Even though only the Corojo leaf was aged in a bourbon barrel, I was surprised that this note did not overwhelm the essence of the blend. The remarkable favor warrants playing with and touching it a bit more… 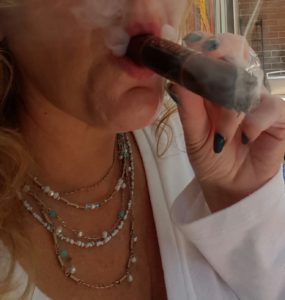 WRAPPER:
The Connecticut Broadleaf wrapper displays a luscious chocolate color with a touch of oil on the surface. It is nice and smooth, thin visible veins, some tooth present, with thin seams that are nice and tight. This wrapper is similar to seeing a sexy woman across the room, and looking forward to getting to know her so that she will allow you to see if she is nice and tight.

RETRO-HALE:
The touch of bourbon sweetness in this cigar provides it with a beautiful retro-hale. Try it… you will like it… If you do not know how to retro-hale there are many U-Tube videos to teach you. As I have mentioned in previous reviews; if you are not retro-haling, then you are not truly tasting any cigar.

BURN/DRAW:
No need to write a paragraph here; the burn and draw of this cigar can be described in one word; perfection.

ASH: The ash is light charcoal gray in color and comes off the cigar in nice clean chunks.
PAIRING: 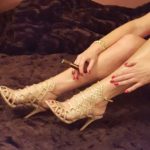 I have paired the Davidoff Camacho with shoes.
Not just any shoes, we all know what they are called;
‘Fuck-Me’ shoes. Like a good cigar, they are sexy and Touch All Of My Senses…

RAMONA’S FINAL THOUGHTS:
You have heard about the people who go into someone’s home and when using the bathroom peak inside the medicine cabinet? It’s true, nosy women do this; not Me-I don’t give a shit. Have you ever been a guest in someone’s house and peaked in their humidor? You can get to know someone by seeing what they have in their humidor… 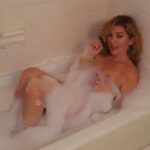 Although this is definitely not a flavored cigar, I recommend this stick for someone who likes a touch of flavor in their smoke. This is not for the smoker that likes the blast of strong the earthy, peppery taste.

At $10.00 per stick it is an excellent value and is good enough to be a staple in my humidor. Want to see what’s in my personal humidor?
This Camacho produces copious amounts of rich, cool, creamy, thick smoke. After it lures you in, it fills the air with a delicious plume of euphoria.
This cigar has peaked my interest enough to try another one of the Camacho blends; the Triple Maduro is next on my list. Enormous accolades to Davidoff for this orgasmic blend.

A Beautiful Cigar Touches All Of My Senses
MMMmmmm…..
…Love, Ramona